ARL The Signatures of Success in Human-Agent Teams 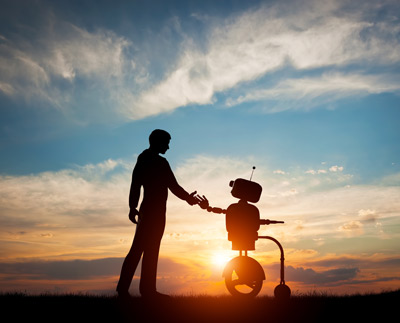 In the US Military, Army squads continue to be the decisive force (Brown, 2011). Squads
are cohesive groups of 6 to 10 soldiers tacking focused engagements from peacekeeping to
provincial reconstruction. The central role of the squad to a variety of military engagements has
made teamwork capabilities a cornerstone of military science for decades (National Research
Council, 2014). Now, as the digital era transforms the basic nature of work, nowhere are the
possibilities of human-agent collaboration greater than in military squads (DeCostanza, Marathe,
Bohannon, Evans, Palazzolo, Metcalfe, & McDowell, 2018). Rapid technological advances offer
new ways to augment human collaboration to make military engagements safer and more effective.
Realizing this vision will require foundational advances to understand the affective, cognitive, and
behavioral underpinnings of effective human-agent teams. Simply put, how do individuals and
agents interact effectively in teams? To answer this question, we must understand both human-agent
interaction, and also the nature of interpersonal interactions when agents join teams. Our
project discovers the signatures of success in human-agent teams using advances in event network
Analysis.

We leverage relational event networks (Butts, 2008). A relational event is a
concrete behavior or action engaged in by one social actor that is directed toward another social
actor. A social actor could be a robot or a human. The sequence of these behaviors or events hold
valuable insights into the functioning of social groups. Returning to the big three processes, we
use relational events to characterize functional team behaviors such as coordinating, information
sharing, monitoring, and backing up. In addition, we leverage a coevolution perspective to consider
the affective and cognitive states that shape and are shaped by teaming behaviors. Thus, we can
discover the signatures of affective, cognitive, and behavioral processes commencing over time in
human-human-robot teams.