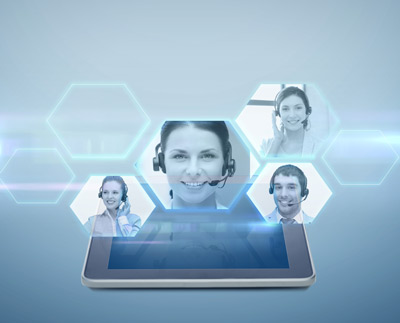 Over the past decade, there has been considerable interest and progress in helping instrument the human body so that these wearable devices can capture various dimensions of human activity such as posture, heart rate, blood pressure, swallow rate, etc. Researchers in this area, including the pioneering work of the John Rogers lab, have made considerable strides in enhancing the fidelity of these data while at the same time miniaturizing these devices to the point where they are increasingly unobtrusive. Concurrently, there has also been interest in using wearable devices to capture various dimensions of human social interaction with one another. These include the ability to identify who is interacting with whom based upon indicators such as co-location and speech prosody. More recently, there have also been efforts to characterize the nature of the interaction based on nonverbal characteristics such as amplitude, frequency. Preliminary research in this area has demonstrated the potential of these so-called sociometric badges. For instance, Sandy Pentland and his group at the MIT Media Lab were able to demonstrate that data collected from sociometric badges were able to identify which individuals energized other individuals in the context of teamwork and were able to use these data to predict team performance (Kim et al, 2012; Pentland, 2012). However, team researchers continue to be skeptical of the fidelity of these data as well as the obtrusive nature of the relatively large “badges.”

This research seeks to test the viability and fidelity of using the devices developed by the John Rogers lab to capture human interaction data, in addition to what it already does with reference to human activity data. In order to benchmark the performance of these devices, we will also equip test participants with the state of the art sociometric badges developed by the Sociopatterns research group (http://www.sociopatterns.org/about/) at the Institute for Scientific Interchange (ISI) Foundation in Turin, Italy (Starnini et al., 2017).