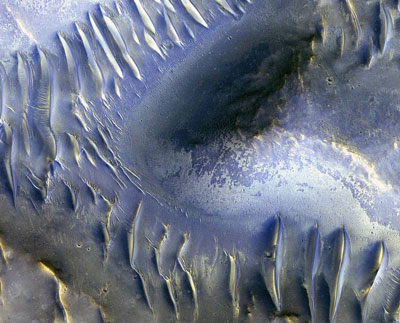 Among the significant team challenges NASA will face on a future mission to Mars, or any future mission out of the Earth’s lower orbit, is the need to maintain shared mental models. Shared mental models are team members’ shared understanding of knowledge regarding the team’s environment. On a long-distance mission to Mars, it will be of utmost importance that the crew has a shared understanding with each other, and also that the crew and the mission control team on the ground have a common understanding of the situation. This project seeks to model how shared cognitive architecture evolves within and between teams identifying critical antecedents and consequences that may play a role in long-distance space exploration. The ultimate goal of this project is to develop training or interventions that can be used to identify and remedy situations when shared cognitive architecture is misaligned.

The material is based upon work supported by NASA under award No. NNX15AM26G and No. 80NSSC18K0221. Any opinions, findings, and conclusions or recommendations expressed in this material are those of the authors and do not necessarily reflect the views of the National Aeronautics and Space Administration.